Closer Inspection of a Kitchen

With kitchens (as with many things in life) things that look the same are not, after closer inspection, always so.

Case Study: Mrs A calls Nouvelle about a kitchen they had designed and installed by another supplier. Upon arrival the Nouvelle Team wonder if they have come to the wrong house! At first glance the kitchen looks like many in the magazines: polyurethane doors, 80mm apron edge Caeserstone, large 900mm stove ”“ so why the the concerns?

Answer: What looks like a perfectly acceptable kitchen, is in fact a very good example of poor design and construction.

As the Nouvelle Team look closer, they see that most of the cabinet doors are crooked, and the polyurethane doors are chipping and in some cases falling from their hinges. A tragedy considering that the kitchen is only 5 years old.

The handles too are poor quality.

But the real evil in this kitchen is the choice of cabinetry. The quality has already been called in to question – but what is really annoying this home owner is just how inefficient her kitchen is. The actual room available has not been utilized to its best advantage.

This is clearly a case of either what we in the trade fondly call a ”˜builder”™s kitchen”™, or one heavily under-designed in order to meet budget. Nouvelle has a great deal of respect for builders ”“ after all Nouvelle has it”™s own building department… but they do leave the kitchen design to the Kitchen Designer, who also understand that good design also incorporates being within a given budget.

What we often see, is that in order to have, say, an 80mm apron with waterfall edges, the design is heavily compromised with poor choice of cabinetry and the lowest quality materials. The design of Mrs. A”™s kitchen did not even incorporate a pantry, and one set of drawers was all she had – all the rest were cabinets. For a large, five bedroom house, beautifully appointed throughout in a prestigious north shore location, this was just unacceptable.

Mrs. A”™s space could have had a kitchen designed for it in many different ways ”“ unfortunately, looks ruled the day.

Consider your choice of kitchen company wisely, create a list of priorities for your design, and then consider a realistic budget to create a kitchen that balances an effective design and level of quality/product choices, with how much you are willing to invest in your kitchen project. Remember just how much time you and your family and friends spend in the kitchen and just how big a part it plays in your daily lives ”“ allocate enough to have the kitchen you not only want today, but will be happy in for many years to come. 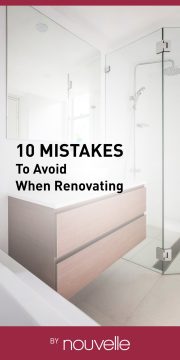 A renovation is complex, difficult and at times prone to changes, accidents and bad decisions. Begin your renovation journey now, by preparing against all challenges.
Download our first free guide and be prepared for more free advice

Come visit our showrooms in Pennant Hills and Willoughby to see and feel for yourself how a kitchen made with passion and experience may look. You will immediately spot the difference!

At Nouvelle we are passionate about kitchen or bathroom renovation as it comes with its unique style.
Our friendly showroom consultants and designers can help you with material choices and answer your many questions about renovating. For the best experience book a showroom visit as we can then ensure we have someone available just for you.

Want to learn more about renovating? 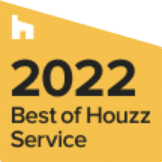 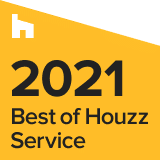